There are a lot of chemical ingredients in sports gels.

What do they do for you?

Attention cyclists, unless you have been riding in a fog, you’re probably familiar with using gels to keep you riding. Sports gels like Gu, Hammer, and others offer a blend of carbohydrates and electrolytes that can fuel hours of hard work without tearing up your stomach. But most cyclists aren’t dietitians or foodies and might be confused by the lengthy ingredient list. In its product description, all the gels make various claims that many of these components boost our performance in subtle ways, this article breaks down those ingredients and what they can and can’t do.

The Carbohydrates: Maltodextrin and Fructose

Maltodextrin is a carbohydrate generally produced from a plant base, frequently corn. It’s composed of chains of glucose molecules, and when you eat it, the chains break apart and are absorbed as glucose in the small intestine.

Fructose is a common sugar, also typically refined from corn, and an additional source of carbohydrates and energy. Fructose is absorbed more slowly than glucose, because the liver needs to process fructose before it can be used for energy. Fruits and vegetables naturally contain both fructose and glucose.

When you’re consuming glucose alone, your body maxes out on absorption at about 60 grams per hour, Ryan says. But mixing glucose and fructose lets you double down on carbs, because they each use different pathways in the gut. .

During a workout, you lose electrolytes during the sweating process. Salts crucial to the electrical communication in the body is supplemented by the major electrolytes – sodium, calcium, and potassium, and they’re critical to rehydration. When you consume a gel, sodium and glucose enter your cells. When this salt and sugar combo concentrates in the cell, water then flows in as well. This process depends on the presence of water in the body, so it’s important to keep a regular hydration during a workout. Water assists the body to digest concentrated carbohydrates more efficiently, which helps maintain a steady flow of energy.

These three amino acids—compounds that form proteins and perform other important roles in the body—make up one third of the essential nine amino acids that our bodies can’t produce. The branched-chain molecules are used in muscle metabolism, which is why performance fuels zero in on these to provide just enough nutrients to offset muscle breakdown. Nutritionists are cautiously skeptical about the timing of ingesting amino acids before or during exercise substantially helps muscle repair. Eating protein after exercise, it seems, is still your best bet for recovery.

Taurine is an amino acid that serves as a neurotransmitter and assists various bodily processes. The liver can produce it, taurine is considered an essential amino acid and not as important to get from the diet. Still, plenty of energy drinks and performance foods list it as an ingredient.

In one recent review of ten studies published in Sports Medicine, a supplement of one to six grams of taurine was correlated with improved endurance performance; this benefit is linked to many physiological processes, such as increasing energy efficiency. The doses in this research—up to six grams a day—are higher than what you’ll find in a single Gel; all the aminos combined in one packet total 1.425 grams. The lower doses found in gels and sports drinks likely aren’t enough to enhance performance.

A non-essential amino acid has the potential to improve sports performance. Beta-alanine helps the body create carnosine, a compound that combats lactic acid buildup in muscle, slowing the onset of fatigue. Gels contains less than the amount known to be performance enhancing.

This ingredient is a source of caffeine, which also is known to improve performance. Gu has less than you need to be concerned about, but at very high doses, such as those found in some supplements, this extract might create issues with the liver.

MCTs, usually processed from coconut or palm kernel oils, are a type of fat. The body burns these shorter-chain chemicals faster for energy than their longer-chain friends, which make up most dietary fats. This had led some researchers to think that MCTs can benefit exercise performance, but the link is still unclear.

So, are gels for you?

For long, grueling workouts, like cycling, the gels can certainly offer a boost and get you through a tough workout. It’s possible to get a lot of the key nutrients in the Gel from whole foods. And some ingredients, like electrolytes, might not be useful unless you’re sweating for three hours or more. But for sports that are harsher on the stomach, like cycling, a gooey fuel is often easier to keep down than other options. The short answer is it depends … really, it’s about your tolerance and digestion. Experiment so you know what works for you and have a plan that balances out properly. 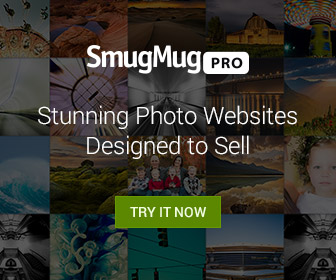